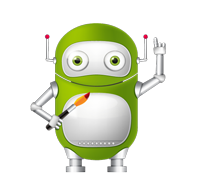 Use of manual painting in video

I wish to add manual painting into video as an alpha layer (just the painting or drawing) on top of video footage (so without white or black background) with probably chroma key in the editors. How do I do that and what file format to save it in SA?

Hereunder an example as a .mov file

I appreciate your inputs.

If you want to record your painting in real time, then you either need to output to a movie stream, or use an external screen capture program like snapz pro or streamflow.

Here's a tip on movie streams. You'd probably want to use a gated auto-write stream flag for you open movie stream. You can set the auto-write frame dump rate in the movie tab of the main preferences dialog.

If you want to record live painting into a playing video file, you'd probably want to output your live painting movie and then composite that into your other movie track in some external video compositing program, like final cut or after effects.

You could do the compositing in studio artist (multiple layers with content contexts), but it would be faster to do that part in another program.

Here are some tips on working with alpha channels.

Studio Artist does not support multi-channel video output. The rendered movie file output is in a single video track. So you couldn't add a second video track that had an alpha channel to an existing movie file. That's something you would have to do in a non-linear editor program that supported that.

The other alpha tip discusses enabling alpha view. unlike a program like photoshop, alpha view is not enabled by default. You can turn it on or off in studio artist, and it defaults to off. many of the natural looking paint mixing effects that can be created in studio artist are not going to work well in an alpha enabled view, since they mix the background image into the liquid paint, so if you then switched the background to something different, the effect of the mixing would be very apparent at the edges of the paint strokes.

We covered a lot of ground quickly in this post, so i can provide more details on things if necessary.

Snapz Pro rocks, but is not cheap if, as I do, you need that kind of utility on a number of computers.

I’ve been using if for many many years, but if you do not need all the bells and whistles that come with the full Snapz Pro (like capturing audio with video), I recommend Screenium, it  is a lot cheaper than Snapz Pro and works very well.

I’ve been recording my Studio Artist work in real time for years, be that in my studio or in live performances, see examples here in 1 and 2.

Screenium has worked well capturing my work in HD 1080p, have not tried it on anything larger yet.

But, if you are looking at more complex operations, here’s an option I have been using successfully working with several computers (all Mac here) and other devices (like cameras, DVD players, etc.): I have a video mixer (Edirol V-4), it accepts 4 inputs and does an excellent job mixing them in various ways (the video explains that).

I output the final mix to a projector as well as (two video out ports + 1 preview) to a Canopus ADVC100 which takes the analog signal (S-Video or RCA) and converts it to FireWire 400 (it works the other way too).

This of course is starting to be dated, still partly analog and totally SD, I am about to upgrade my equipment and in order to do so, I am looking at two options: I love the new video mixer Roland V-40 HD (Edirol is Roland, or vice versa), but it not only costs a pretty penny, it is also fairly bulky and a pain to cart around on airplanes if doing concerts abroad (as I will soon).

I found another option and wil try it before dishing out the cash for the Roland, this thing: Intensity Shuttle for Thunderbolt (it’s in French only, but what it does is to take a signal out from one Mac (running Studio Artist for example) and bring it into another Mac (which would be running my video mixing software, GLMixer, created for me by an old friend, Bruno Herbelin).

The Studio Artist video stream fed into my Mac running the GLMixer will then become one of the many videos I can play with during live performances.

The Intensity Shuttle does a lot more, including converting analog to digital SD to HD and such, all in real time, but in my case, it would above all enable me to travel to my concerts places with all my gear in one suitcase, instead of having it fill half a pickup truck and condemn me to work in places that can only he reached by land!

Here’s a shot taken from above during one of my gigs (this was during the Off Jazz Festival of Montreal in 2011). A quick look will show you I am using at least 2 iMacs, 2 Mac laptops, one camera, 2 Wacom tablets, a half dozen external hard drives (in docks) and of course, the Edirol V-4 video mixer.

All that will be replaced by “just” two MacBook Pros and the Intensity Shuttle (plus 2 Wacom tablets as well). 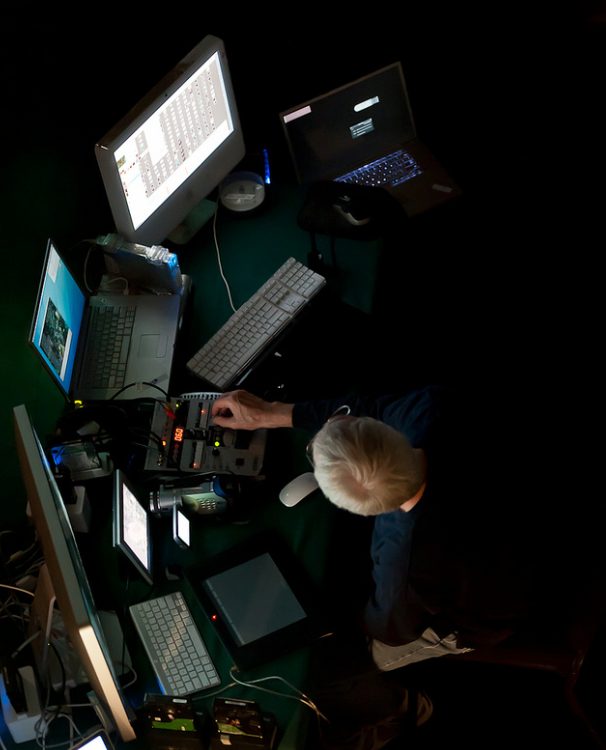 Many thanks for the quick reactions. I go through all this later this week.

21 Variation 20 This is the 21st part of the Goldberg Variations, a music - images dialogue in 32 movements between Elisabetta Guglielmin (harpsichord) and Jean Detheux (images). At first, the 32 videos will be posted on Vimeo, one at a time (Aria…
9 hours ago
0 Comments

rs3d replied to rs3d's discussion AutoPaint Frame Continuity / Fixed Random Seed
"Excellent, thank you for pointing me into the right direction!"
18 hours ago