I've been trying some experiments using the new tracking slit scan temporal ip op to convert a video pan into a panorama image. This was generated from 200 frames of a hand held pan shot using the Flip video camera. The new coverage control in the tracking slit scan is really useful to generate additional detail. Obviously there are other ways to build panoramas, but the blips in this particular process can be exploited in different artistic ways.

For example, you can… Continue

I've been playing around with the Flip video camera recently. Its a really small (like a small cell phone size) video camera you can cary around in your pocket. It records an hour of mpeg video into memory and has a really simple usb connection built to transfer the video to your computer as well as repower the rechargable battery. The model i've been using is the Flip Mino

The resolution is only 640x480, but the extremely small… Continue

I was reading about this recently in Carl Zimmer's interesting book called Microcosm and thought i'd pass it on. It's an image from a camera created by bio-engineered bacteria. Here's a link to a short article that talks about it a little more. Not the world's most artistic image, the description of the 'ghostly image' makes it sound a little more alluring. But i do think it's fascinating. Artist's have… Continue

When i first started working on Studio Artist i spent a lot of time reading through various books on drawing and painting technique. I've recently been reading through the book 'Drawing as Expression, Techniques and Concepts" second edition by Sandy Brooke. It's actually pretty good so i thought i'd mention it. In addition to running through various elements of drawing (line,mass,gesture,texture etc) it also has interesting profiles of many different artists and shows off quite a few examples… Continue

Wired has an article with a bunch of photos of nano-scale objects. In looking at them i was struck at how similar they look to MSG presets. I think you could duplicate the look of a lot of these real world photos taken with various nano-scale imaging techniques by building MSG presets. You might also conjecture that there are some similarities between the mathematics of what is… Continue

Nice short article on neural basis of some patterns

There's a nice short article by Oliver Sacks in the New York Times today on the neural basis of some kinds of patterns. I've read a lot of other studies that delve into the correlation between the visual structure of various hallucinatory imagery and the actual structure of neurons in area V1 of the visual cortex of the brain. Area V1 is the first of many areas of the… Continue

I've been fascinated with Studio Artist user Michael Wright's work with the virtual world Second LIfe since i was first exposed to it at Siggraph this summer. Michael had a virtual Studio Artist gallery space in virtual life at that time he was showing off at Siggraph in Guerilla Studio. Michael posted some more information on the evolution of this project here.

Here's a brief description of what MIchael is up to… Continue

Pantone's Color of the Year

Pantone has announced the new color of the year for 2008:

And if the holiday season gets too stressful, be sure to put out some soothing Cerulean Blue, chosen color of the millennium for its ' calming zen state of mind'.

There's an interesting article on Lincoln Schatz's random access portraits on apple's profiles. His whole process for making portraits is interesting, and i think you can look at it and take some inspiration for things you could do with a single video camera or digital camera and studio artist (as opposed to having to have a translucent cube environment with 30 cameras and 30 mac minis. For example, you could build an image database from a… Continue

Wired has a nice little article on a new approach to staining neurons with some great natural images that could be mistaken for paintings (like the image below).

The New York Times has an good article and accompanying slide show of some paintings by Giuseppe Arcimboldo.

Some visual inspiration for art-mapping in MSG Evolver or working with alpha masked movie brushes in Studio Artist from the 1500's.

There's an interesting video i've attached below that shows off a demonstration of the Rutt-Etra raster analog video synthesizer. I thought it would be fun to emulate it in Studio Artist, so i added a new MSG processor that can be used to simulate the Rutt-Etra style effects. Here's an example of what i mean:

A lot of what the Rutt-Etra seemed to be about was interactive scaling and displacement mapping effects driven from analog user adjustments. By running the… Continue

I stumbled upon a good description of generative art i'm plagiarizing and quoting below for people interested in thinking through different approaches to creating generative art in Studio Artist and MSG Evolver:

"Generative art is a widely used artistic method inserting an automated system between the artist and the artistic expression. In a well-cited text, Philip Galanter formulates the following definition: 'Generative art refers to any art practice where the artist uses a system,… Continue

I was not familiar with Harry Smith's film work, but saw a few examples in an interesting show on Ovation last night called Weird America, which was a concert tribute-documentary on the american folk music series that Harry Smith released on Folkways Records that influenced a lot of musicians over the years (as well as documented music from a period of time in american history that was almost lost in world war 2 when they melted 78 records for the shellac). But his abstract film work is really… Continue

I found this interesting article this morning, that implies that people find curved objects more comforting than sharp objects. Thought it might have some relation to strategies for abstracting images for the paint synthesizer or the vectorizer based on the kind of emotional reaction the artist intends to achieve in the final result.

I stumbled upon this image in the NYT this morning. Good example of some real life inspiration for what you could try to do with a movie brush in Studio Artist. 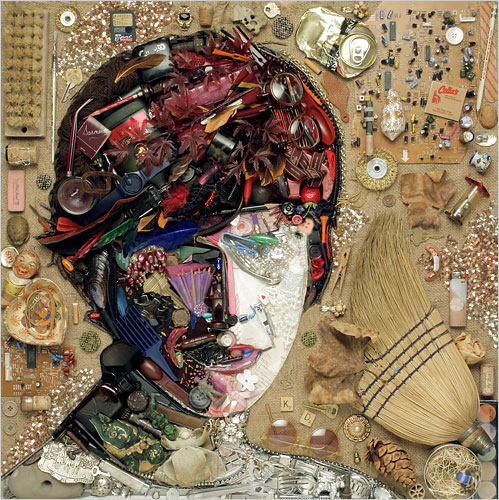 here's a new approach to animation

Another post to inspire some inspiration. I thought the approach used to create the video below is pretty interesting and calls out for a Studio aArtist user to one up it with something better. Basically, they printed 4133 individual digitially processed video frames onto paper, then posted them in the real work and build a seond video using time lapse photography.

The processed video on the paper printouts could be made much more interesting if it was generated using Studio Artist.… Continue

I saw another image in the New York Times this morning that i wanted to reference here as some visual inspiration for creating new ways to make wet paint splatter. The photo below was taken by Librado Romero and was in the NYT on 6/30/07. I'm going to ignore the actual news context of the photo and focus on the wet paint splatter itself, which i think is really great.

Farshore left a comment for Alan
"Thanks. I've got half a dozen or more themes I am working on to get posted on the website, all using that linear drawing style. I'll start dropping a few more here on the forum."
Friday

Farshore replied to Synthetik Software's discussion Spammer booted from user forum
"I've got a ton on images I am working on using modifications of the original preset. The best are going up on my web gallery (https://farshore.smugmug.com/Art-Work/Digital-drawing), but I have so far only thinned the herd down to two galleries.…"
Thursday