Apple is now making the ProRes Quicktime Codec available for all to use (mac and windows). So this gives you another option for a lossless compression codec option when rendering output from Studio Artist. You can download the ProRes codec here.

Permalink Reply by Synthetik Software on August 30, 2008 at 1:07pm
I may have spoken too soon, it looks like they provide the decoder for download but not the encoder? So you may still need to be a final cut user to have access to the encoder.

Permalink Reply by Frank N on August 31, 2008 at 11:09am
With final cut the workflow is perfect. I can highly recommend to anybody who can work with that codec. I use nothing else since a while. 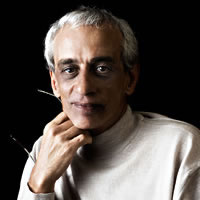 Permalink Reply by Jossi on September 1, 2008 at 10:33am
That is only the decoder... Where can one find the encoder? Does it come only with FCP?

To Get the ProRes Codecs use the following link.

The link you gave John is only for the player.  If you want to get the Codecs for encoding (mac only unfortunately) you can go here

Ok, the link above no longer works, thanks apple. Try this one instead (assuming your mac supports metal).

So i guess the old ones vanishing would be classic apple 'erase the past', screw anyone that doesn't have the latest machines and latest os versions.

I have had the chance to test ProRes, ProRes 422 (HQ), ProRes 444 and high quality h.264 in a movie theatre, and given that all my files are computer generated, it was obvious that ProRes 4444 gave the best results (all the files were of the same movie).
But those ProRes 4444 were also the largest files.

That is the Codec I use to create all my work.

So here's a question we were recently asked:

Running SA 5.01 on older iMac running High Sierra all my Pro QT codec are available in SA. But on my newer iMac running Mojave only a simpler set of codec are there (Animation, JPEG, H 264, some DV’s, etc…only 10 or so).

Other programs, such as Final Cut, Premiere, iMovie, After Effects, might add additional codecs to whatever bas stock setup apple provides in a given version of osx. And that stock set could be different depending on which version of osx we are talking about.

Here is a web article that discusses dealing with codecs on modern macs. Here are some key points it covers:

Traditionally, all the codecs on a Mac were stored in one folder, /Library/QuickTime. If you’ve got an older Mac OS X install and look in that folder, you’ll probably find all sorts of detritus from codecs of the past – DiVX.component, Perian.component, etc. These components are part of the old “QuickTime 7” framework. If you’re working in Final Cut Pro 7 or another older app, these are the only codecs that matter. This is also the only type of codec that can be developed by third parties.

Starting with Mac OS X 10.6 (“Snow Leopard”) Apple introduced a new set of media technologies – AVFoundation, CoreMediaIO, and others. These modern media frameworks don’t use the older components, and instead introduced a separate set of video codecs. You’ll find these in /Library/Video and /System/Library/Video (And often in subfolders from there).

Apple hasn’t opened this technology up to third parties, so only Apple can create these types of codecs. Macs come with some codecs preinstalled (like Apple ProRes) but others are only available as part of the Apple “Pro” apps like Final Cut Pro X. The most important of these, in terms of working with video on a Mac, is probably the AVC Intra codec, since AVC Intra is used by many modern cameras (like many XAVC cameras).

1: If you need codecs that FinalCut installs and don't want to buy Final Cut, you can get them by installing a Final Cut Pro X trial.

2: In the question that started this discussion, the user has 2 different macs that have different sets of installed codecs. You could manually copy the ones you need over to the other mac, making sure to put them in the appropriate location on the second machine ( /Library/QuickTime ).

Apple ceased support for the Windows version of QuickTime in 2016, and ceased support for QuickTime 7 on macOS in 2018.
As of Mac OS X Lion (osx 10.7), the underlying media framework for QuickTime, QuickTime api and QTKit, was deprecated in favor of a newer graphics framework, AVFoundation, and was completely discontinued on macs as of macOS Catalina (osx 10.15).
Ironically, Quicktime for windows actually still fine runs on windows (other then a few security issues if you download, open and play malicious quicktime files).
Apple continues to use the term 'QuickTime' in their product marketing.  This can lead to user confusion.
For example, the Catalina movie player is called the QuickTime Player even though it does not use the old Quicktime api.  It uses AvFoundation.  AvFoundation does not support many of the old QuickTime codecs. So you may end up with perfectly fine QuickTime movie files that used to play in older Quicktime players, but can no longer play in the latest QuickTime Players.
User forum members probably know that i feel very strongly that apple dropping support for old quicktime codecs is really a slap to the face of long time mac users. And part of a broader pattern of apple 'erasing the past'.  It should be apparent from all of their bragging about Rosetta 2 in Big Sur that it would have been technologically very feasible to offer continued 32 bit app support in a sandboxed emulation environment for users who wanted or needed access to old applications and or old file formats.  But they just don't care about creative digital media content creators (no matter what their glossy tv ads might tell you).
Here's another take from another mac developer on apple dropping support for old codecs.

Thanks! Tho I had already downloaded the Pro codecs on both machines... it apparently took copying the codecs to the folder you described to solve it. And, of course, I had to relaunch SA for them to appear.

"Wow, thanks for explaining the workflow you are using for this particular project! It's fascinating to see how you put these images together. I'm glad someone found a creative use for 'File : Export: Export Selected Canvas as…"
6 hours ago

Synthetik Software replied to Synthetik Software's discussion Processing video with current V5 64 bit release build
"I should qualify any questions i answer about apple these days by pointing out that i suffer from apple developer PTSD. So sorry about the rant if i got too intense, but i do think everything it says is valid. I know so many 'die hard creative…"
9 hours ago

Donna Kuhn replied to Synthetik Software's discussion Processing video with current V5 64 bit release build
"i almost bought my first windows because of apple pissing off for a lot of reasons. my old computer has mojave installed so i could go back and forth. with random shuts downs i can't use a big fcpro movie on it. i never thought i would ever…"
17 hours ago

Synthetik Software replied to Synthetik Software's discussion Processing video with current V5 64 bit release build
"QuickTime Player 7 Pro is a 32 bit application. Based on the Quicktime api, which is also only available as a 32 bit api. As apple customers, as apple developers, it is worth asking why they couldn't be bothered to supply a 64 bit sdk wrapper…"
yesterday

can't use any of my quicktime videos after upgrading to catalina.

can someone please advise. the 32 bit version doesn't work. am i supposed to convert everything into something that is not quicktime? is there a workaround? i use fcprox to edit. See More
yesterday
0 Comments

"thank you so much for your suggestion. The exploration of the unknown is always exciting. Studio Artist is a treasure, my English is not good, so my learning progress is not good, but I try to translate some interface and tutorials, thank you for…"
Monday