This question comes up endlessly. How do i build a photo mosaic image like one of the ones Studio Artist user Charis Tsevis makes using Studio Artist?

Charis makes extensive use of sub-nested tiling in his imagery. So that is what people are typically referring to. There are all kinds of different adaptive tiling effects you can generate in the Studio Artist paint synthesizer for creating photo mosaic effects. You can do regular tiling, adaptive tiling, non-rectangular photo collage style regionization, alpha-masked painting, etc. Upcoming v5 offers all kinds of automatic sub-nested regular tiling options.

But in v4, you need to run multiple iterations of the paint synthesizer to build up a regular sub-nested tiling effect. You could do that manually, or automatically. Here's an example of what i mean by sub-nested regular tiling. 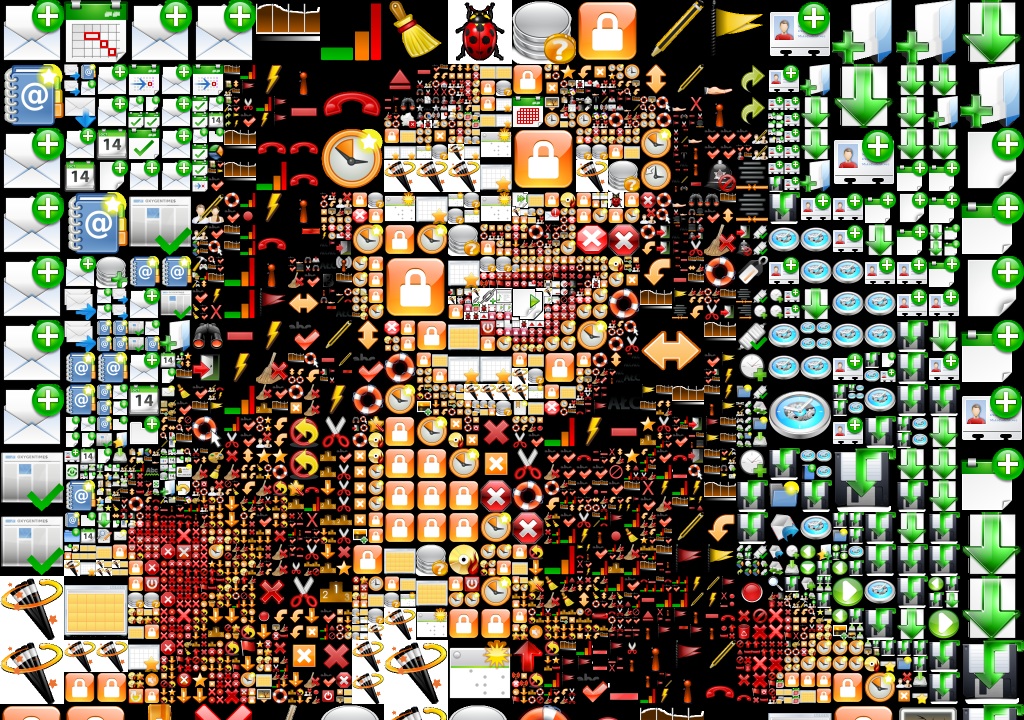 So, note that the tiling is a regular rectangular tiling pattern. The sub-nesting occurs in areas of the image where you want to generate more detail. Each lager tile is filled with 4 smaller tiles.

And he is right. There is a much simpler way to build up the effect if you want to do it automatically. My old posts started with the largest tiles, and then worked with auto-masking progressively smaller tiling passes. The auto-masking for sub-nesting when working this way is kind of complicated, and requires the use of a second layer. So, a cool tutorial, but what if you want to do it an easier way.

The trick is to build the image up from the smallest tiles to the largest. When you build up the effect in that order, the sub-nesting happen automatically by the nature of how rectangular tiling works. So, you can just use the Texture Range controls in the Path Start control panel to restrict the painting of subsequently larger tiles. Their placement will automatically generate a sub-nested effect. Assuming that you insure their brush size is exactly 2X of the previous tile.

So, how did i generate the above effect. I started by building a movie brush from a folder of images. I downloaded a set of icon tile images from SourceForge. I then made a simple 1 step PASeq that erases the canvas to the source image. I then ran the Action : Process with Paint Action Sequence : Image to Movie menu command. I selected the image folder i wanted to use the images from, then named the output movie file, and then let it generate the movie brush movie file. Here's a tip on generating a movie brush from a folder of images.

I choose the frame size of 128x128 pixels for my movie brush file. I did this because the number 128 evenly divides for many iterations of .5X smaller frame sizes. This is a key thing to keep in mind if you want to do a sub-nesting tile effect.

I then built a paint preset that does a standard rectangular tiling effect using a movie brush. I used the Grid Scan- Tile Spacing Generator option in the Path Start control panel. I picked this Generator because it automatically adjusts to whatever max brush size you are working with to generate the tiling pattern. 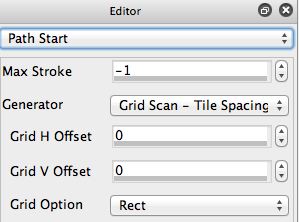 You also want to make sure you have the Path Application control panel parameters setup properly for tiling, as shown below. 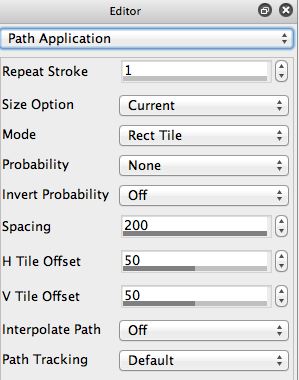 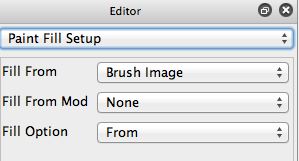 And i used RGB Mapping for the movie brush frame indexing. 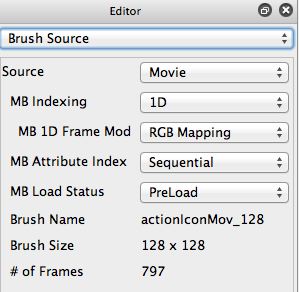 I used the Max Size parameter in the Brush Modulation control panel to adjust the brush size for the subsequent paint passes to build up the sub-nested tiling effect. So the sizes i used were 7, 13, 25, and 50% of the 128 pixel source brush size. This corresponds to a tile size of 8. 16. 32. and 64 pixels.

So you need to make sure you get the sizing exactly correct. If you are off by one pixel, the effect will not work. You can use the calculator app to figure it out if needed. The thing to keep in mind is that the brush size modulation is always an integer sizing of the original source brush size. So if the percent size modulation is a floating point number, it gets rounded to the lowest integer value.

For the first smallest tile size paint pass, i tiled the entire canvas. Then for the subsequent 2X size increase paint passes, i turned on the Texture Range control in the Path Start control panel. For each paint pass, you will reduce the Texture Max. Depending on the contents of our source image, you may need to mess with that.

For the final 100% paint pass, i would suggest doing that manually, since there are probably only a few tile blocks you will want to judiciously place. I skipped that step in my example above.

So, i hope this explanation of sub-nesting tiling for photo mosaic effects helps people trying to get started with it. i'll put together the presets associated with this and put them in a new post below.

Because then the percents dont match the correct tile sizes.

You can make a copy of your movie that has a smaller frame size, and then use that as the master for further reduction.

So once you get to the place where you can't get an even % reduction to the correct size, then swap out your original movie brush for a smaller copy.

Making a smaller copy of a movie brush is really easy. Just make a 1 step PASeq that erases the canvas to the source, set the canvas frame size accordingly, load your original movie as the source, then run Action : Process with PASeq : Source to Movie.

21 Variation 20 This is the 21st part of the Goldberg Variations, a music - images dialogue in 32 movements between Elisabetta Guglielmin (harpsichord) and Jean Detheux (images). At first, the 32 videos will be posted on Vimeo, one at a time (Aria…
8 hours ago
0 Comments

rs3d replied to rs3d's discussion AutoPaint Frame Continuity / Fixed Random Seed
"Excellent, thank you for pointing me into the right direction!"
16 hours ago